The Fragrance of the Traditional Korean House : The Pilgramage of Beautiful Main Houses 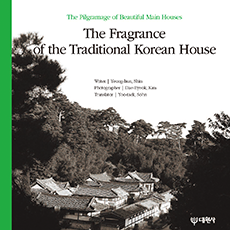 Just before this series of articles, I had written a series for 〈Dongayakbo〉 under the title of “Korean Living Sites”. In both cases Kim Dae-byeok’s photographs enlivened my articles. Photographs that could have been taken only by Mr. Kim were presented to readers and, according to the editor, my articles gained considerable popularity. When I begin to write a series of articles together with Mr. Kim, it usually continued for a period covering scores of installments. For example, “A Traveler’s Account of History” amounted to more than 60 articles. This was because Mr. Kim’s photographs were so full of warmth that he won appreciation from those who were interested in Korean houses or culture. I used to write somewhat long explanations of the photographs, and these explanations became essays, and in that way we continued to produce articles. Kim Dae-byeok's photographs contain warmth. Korean houses in all their familiarity were shown to their advantage in them, and the owners often said that they didn't know their houses were so attractive. An aura radiates from Korean houses, the crystallization of our ancestors’ wisdom and insight which was concretized through Mr. Kim's photographs. - 머리말 중에서 -

the fragrance of the traditional house 대원사 문화 문화유산 건축